Papertigers has a cluster of wonderful features this September, including an essay by me, where I talk about something people often ask me about: my favorite authors from my childhood. A rather complicated response to a very simple question, I would say.

My favorite piece comes from Juan Felipe Herrera, Heritage Apartment. I saw Juan Felipe this last weekend in , where, among other things, he illuminated me, and other people, about the true origins of Karate. Apparently, and according to his version, it all started with a tortilla. If you can, go ask him. 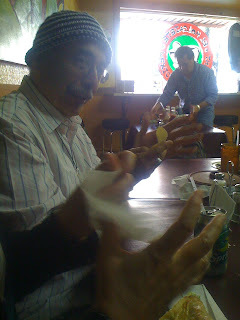 While you are there, tell him to tell you about the Chicanization of Obama and McCain.

Here is Juan Felipe doing so at the REFORMA conference on Friday. 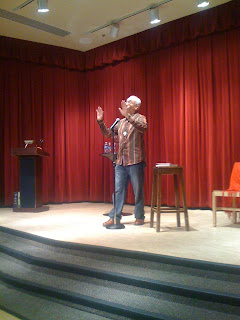 And here are the REFORMA ladies calling librarian Ana Elba Pavon to announce her as the raffle winner of an original painting from Lulu Delacre’s The Storyteller Candle (written by Lucia Gonzales. 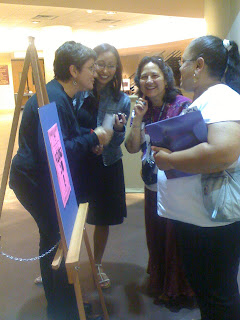 
Thanks to Maria VanLieshout for the link